The Buildings office on the University College Dublin (UCD) campus, part of is heated with a 120m deep borehole geothermal borehole.

The office is part of Belfield House that was built in 1801 by Ambrose Moore and subsequently extended in the 1830s to create a mix of Georgian and Victorian features.

The geothermal system was included as part of a recent refurbishment in 2005.

The UCD campus has been the focus of several research projects on both the geothermal potential of the site and ground thermal properties. Other conventional collectors are present on the site and provide a good basis for comparison of the heat exchangers developed as part of Cheap-GSHPs.

The residential ecohouse in Belgium is a single family home out of two stories and with a total surface area of 170 m2.

The house has structural frame out of wood,the walls are out of straw bales of 35 cm thickness and the windows are three pane windows.

Heating and cooling will be provided by a geothermal heat pump through radiant panels.

State of art coaxial GSHE’s and newly developed coaxial GSHE’s will be installed, monitored and confronted to each other. This, to demonstrate the improvements and developments realized within WP3. 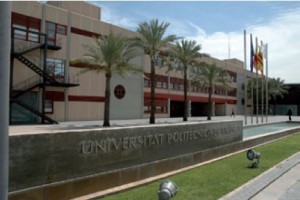 In the context of a project funded by the Spanish Ministry of Science and Innovation, a reference borehole heat exchanger installation was constructed in the Universidad Politécnica de Valencia campus to improve the procedures to characterize thermal properties of Mediterranean area grounds.

Borehole depth is 17 meters  (two pieces with a length of 8,70 meters each connected by a joint) with polyethylene tubes installed vertically in a pipe located in the center of the pile with a double U-shaped configuration to permit the passage of the heat carrying fluid.

The idea is to enlarge the capacity of the installation and in parallel build in a novel helical heat exchanger developed within Cheap-GSHPs.

This would allow a very precise comparative study of the thermal performance of both in semipermeable soil conditions, as well as allow very detailed studies of the thermal conditions in a variety of external climate and usage characteristics (heating, cooling, etc…).

Demo room with heat pump and under floor heating systems and lots of testing possibilities.

The finally selected GSHE’s within WP2 will be installed here with the selected machine technology. The area will also be as one of the demonstration sites of WP6. 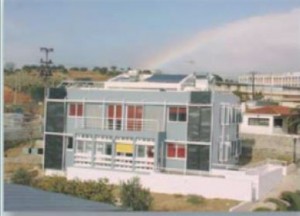 Among RES technologies used in the building, the geothermal water-towater heat pump operates in bivalent mode and covers about 21% of heating and 15% of cooling loads of the building.

The unit utilizes groundwater from two wells ~80m deep each, located North and South of the building.

The heating and cooling capacity of the aforementioned system is Pth=17.5kW and Pc=16kW respectively.

The Museum is in operation since 1954 and it is one of the most visited museum of Croatia.

It houses historic aircraft, cars, machinery and equipment. It maintains the oldest preserved steam engine in the area, dating from the mid- 19th century.

The implementation of CHEAP geothermal solution in the atelier and expo rooms of the Technical Museum will also display a function of education and awareness on the contribution of science and technology to sustainable energy.

A special area has been devised for this important function and devoted to enhance awareness and education of youngsters and broader public on the matter.

Cheap installations will therefore be able to provide factual reduction of costs and of CO2 emission along with an important educational asset for the sustainability and climate change mitigation efforts.

You can find out more about which cookies we are using or switch them off in settings.

This website uses cookies so that we can provide you with the best user experience possible. Cookie information is stored in your browser and performs functions such as recognising you when you return to our website and helping our team to understand which sections of the website you find most interesting and useful.

You can adjust all of your cookie settings by navigating the tabs on the left hand side.

Strictly Necessary Cookie should be enabled at all times so that we can save your preferences for cookie settings.

If you disable this cookie, we will not be able to save your preferences. This means that every time you visit this website you will need to enable or disable cookies again.