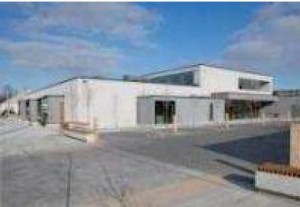 The building is a community library owned by South Dublin County Council and was built in 2011.

The building is A2 rated and has an operating 60kW GHSP system using 6 x150m double-U closed loop collectors.

The IGTP project funded by the Sustainable Energy Authority of Ireland is currently monitoring the performance of the building and the collector behavior as part of a project that aims to better understand ground thermal properties.

This is an ideal comparative virtual case study example for the coaxial probe.

This is a residential home, part of which is from the 1800s and has recently been retrofitted with a hybrid 9kW heat pump and a 160m double U 32mm collector (in 2 boreholes) along with external insulation and new windows.

This will be an ideal example for modelling a virtual case study. 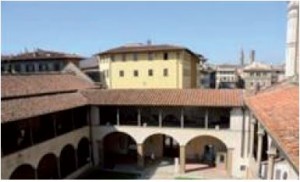 With its impressive architecture, its great fresco cycles of Giotto and his school, paintings on wood, stain glass windows and numerous sculptures,the Basilica epitomizes one of the most important pages in the history of Florentine art from the thirteenth century onwards.

It preserves the tombs of Michelangelo, Galileo, Rossini, Foscolo, Machiavelli, Alfieri and other famous personalities in the history of Italy. 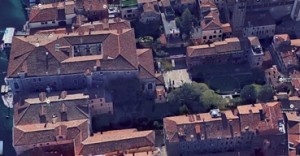 The site is situated in the historical city centre, fronting the Canal Grande and consists of a complex of buildings: the main building is Ca’ Rezzonico which is the museum block, a smaller building named Ca’ Lupelli Wolf Ferrari which is occupied by the direction offices and a garden open to the public. 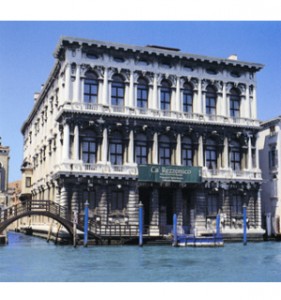 It was decorated by some of the greatest artists of the century, the most outstanding of whom was Giambattista Tiepolo who frescoed two large ceilings on the piano nobile and painted two large canvases that can also be seen on the ceiling.

In 1935 it was purchased by the Venice City Council and was transformed into a museum of the Venetian eighteenth century.

Today the building is also renowned for the outdoor area that was discovered in the nineteenth century and was used as a theatre and garden.

Ca’ Lupelli Wolf Ferrari is a less important historical building, actually occupied by offices, didactical activities and the offices of a fundraising Association. In the past year the site complex has been interested by a general study aiming at: improving sustainability and installations efficiency.

The building is located in the Industrial Zone of Padua.

It is the headquarter of an engineering company dealing with the design of HVAC and electrical plants.

The building has a floor area of 1800 m2 and a heating/cooling capacity of 80 kW.

A GSHP system with 16 boreholes of 100 m are installed.

The system is running since April 2004 and a monitoring system for the indoor conditions and of the GSHP system is recording since then data. 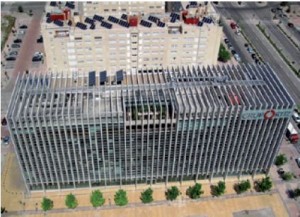 The site is comprised of three office buildings which incorporate constructive techniques and production methods to achieve a high degree of energy efficiency,including cooling and refrigerating active and passive strategies and renewable energy sources (geothermal interchangers).

The three buildings have an identical architecture, are monitored to check their performance and energy efficiency and to carry out studies regarding the efficiency of the different incorporated systems.

The building is included in the list of national historical monuments of Romania and it was constructed between 1918 – 1920 by a French business man in order to develop the commercial activity in the heart of Bucharest.

The building had two underground levels (up to 7 meters), an opened ground fl oor and a mezzanine with commercial purpose. The other levels were used as offices and residential for the French family owner.

The top of the building reveals a statuary group made by one of the most important Romanian sculpture, Mr. Dimitrie Paciurea. Nowadays, the building is in the phase of restoration, according with the authorization of the Romanian Monuments (dated October 2012), which includes a floor heating system for the residential area and traditional radiators for the other spaces of the house. 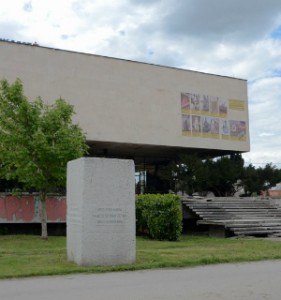 The historic building of the Historical Museum of Bosnia and Herzegovina is of considerable townscape and historical value in the urban townscape of Sarajevo; designated as a national monument.  Its design is the product of the famous Zagreb school, making it one of the most important examples of contemporary design of the latter half of the 20th century in Bosnia and Herzegovina and beyond.

The building was erected during the period 1959-1965 characterized by the development of the modern architecture in Bosnia and Herzegovina, a time of rapid economic growth, which in turn had an impact on culture and architectural design.

The Serbian Orthodox Monastery of Bođani is located in the borders of Bač Cultural landscape, situated on the left bank of the Danube river, characterized by continuity of settlements since prehistoric times and remarkable cultural diversity.

The complex consists of a church, residential quarters built in the ‘U’ shape and the accompanying farm houses.

The first monastery was built in 1478; the present monastery church, the fourth one to be built, was built in 1722. It is of a cruciform ground plan, with dome, 5.5 m in diameter, rising above the main nave and transept cross.

The sections at the north and south ends have a storey, while the one at the west end is a ground floor structure.

The interior walls are covered with frescoes: the Bodani paintings, dating from 1737, displaying both Byzantine and baroque artistic tendencies, represent a crucial point in Serbian art and some of the most valuable frescoes in the first half of the 18th century in South-East Europe. 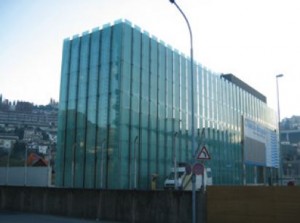 The office building of Brogeda- Chiasso custom has been built to satisfy the Minergie® standard.

Low energy requirements for heating and cooling makes it possible to use active concrete plates for thermal energy emission (TABS).

Further, there are ideal conditions for the integration of a geothermal system based on geocooling: a borehole heat exchanger field is coupled with a heat pump in winter and with the cooling distribution through a flat plate heat exchanger in summer.

You can find out more about which cookies we are using or switch them off in settings.

This website uses cookies so that we can provide you with the best user experience possible. Cookie information is stored in your browser and performs functions such as recognising you when you return to our website and helping our team to understand which sections of the website you find most interesting and useful.

You can adjust all of your cookie settings by navigating the tabs on the left hand side.

Strictly Necessary Cookie should be enabled at all times so that we can save your preferences for cookie settings.

If you disable this cookie, we will not be able to save your preferences. This means that every time you visit this website you will need to enable or disable cookies again.